Saudi Arabia recently banned the release of Doctor Strange in the Multiverse of Madness in its theaters due to America Chavez (Xochitl Gomez) being shown as gay on-screen; she’s a member of the LGBTQIA+ community in the comics as well. 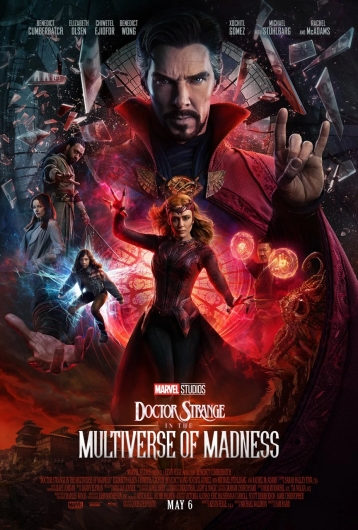 It has now been confirmed that the film has been banned in another international area.

IMAX Egypt announced that the country has banned the theatrical release of Doctor Strange in the Multiverse of Madness, which premieres across most of the world on May 6.

Doctor Strange and Wanda will not be here during their journey between universes!#DoctorStrangeInTheMultiverseOfMadness won't be released in Egypt pic.twitter.com/Nqox2vGf5g

The film sadly follows a ongoing trend. Chloé Zhao’s Eternals, was banned across much of the Gulf in November following the inclusion of a same-gender couple in the film and the MCU’s first gay superhero. At the time, THR reported that censors had requested a series of edits to be made that Disney was not willing to make.

Doctor Strange in the Multiverse of Madness is the 28th film of the Marvel Cinematic Universe (MCU).

Set a few months after the events of Spider-Man: No Way Home, Dr. Stephen Strange, with the help of both old and new mystical allies, travels into the multiverse to face a mysterious new adversary.

Doctor Strange in the Multiverse of Madness is scheduled to premiere on May 2, 2022, and will be released in the United States on May 6, as part of Phase Four of the MCU.