Showrunner Kevin Smith has today given us our first taste at Masters of the Universe: Revelation; the upcoming Netflix Original anime series created by Smith and based upon the characters of Masters of the Universe in a collaboration between Netflix and Mattel Television. The series is produced by Powerhouse Animation Studio and is the third series produced by the studio after Castlevania and Seis Manos. Smith is joined by four writers; Marc Bernardin (Castle Rock), Eric Carrasco (Supergirl), Diya Mishra (October Faction) and Tim Sheridan (The Death and Return of Superman). The trailer was released as part of the ‘Netflix Geeked’ event.

the trailer for Masters of the Universe: Revelation has everything: swords, skeletons, '80s synth, steampunk horses, every color visible to the human eye, and, of course, Mark Hamill. #GeekedWeek pic.twitter.com/cFsLvogp4v

According to the show’s synopsis:

“A radical return to Eternia, Revelation is a direct sequel series to the classic era of Masters of the Universe. Featuring fan-favorites He-Man, Orko, Cringer and Man-At-Arms, the story pits our heroic warriors and guardians of Castle Grayskull against Skeletor, Evil-Lyn, Beast Man and the vile legions of snake mountain!

But after a ferocious final battle forever fractures Eternia, it’s up to Teela to solve the mystery of the missing Sword of Power in a race against time to prevent the end of the Universe! Her journey will uncover the secrets of Grayskull at last. This is the epic He-Man and the Masters of the Universe saga fans have waited 35 years to see!” 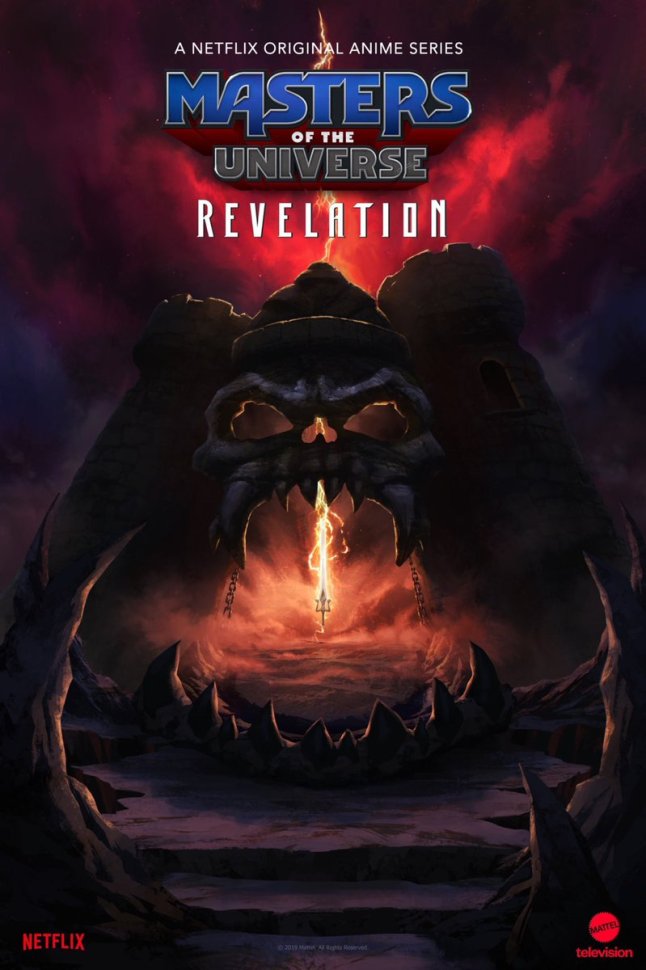 The show will be Split into two parts with the five episodes of Part 1 premiering on Netflix this July 23rd 2021.

A tie-in comic book has also been announced.

Order Masters of the Universe (1987) on BluRay

Check out details on our upcoming Kevin Smith documentary: KevHeads currently in pre-production.

6 thoughts on “Trailer for ‘Masters Of The Universe: Revelation’ Netflix anime show from Kevin Smith”