The late, great horror master Wes Craven achieved critical and commercial success with the likes of Scream and A Nightmare on Elm Street – but for many genre fans, the director’s seminal 1977 effort The Hills Have Eyes remains his masterpiece. Taking an ill-advised detour en route to California, the Carter family soon run into trouble when their campervan breaks down in the middle of the desert. Stranded, the family find themselves at the mercy of a group of monstrous cannibals lurking in the surrounding hills. With their lives under threat, the Carters have no choice but to fight back by any means necessary.

“My second film was ‘Cuckoo’s Nest’. 127 days of fun! I had a lot to learn and we had the best crew in the biz. I was in Art Heaven! Not long after, I was in the desert with a bare-bones crew and company, helmed by Wes Craven. We had no permits, only a small Winnebago for make-up, wardrobe, green room, dressing room and we were in the desert with snakes and scorpions and Hollywood actors that were in TV shows. I was in the ‘Hills’ family of film actors and we started to tease and harass the ‘white-bread-family’ from day one!”

Michael Berryman on ‘The Hills Have Eyes’ – check out our full interview here.

The set is due for release 8th November 2021 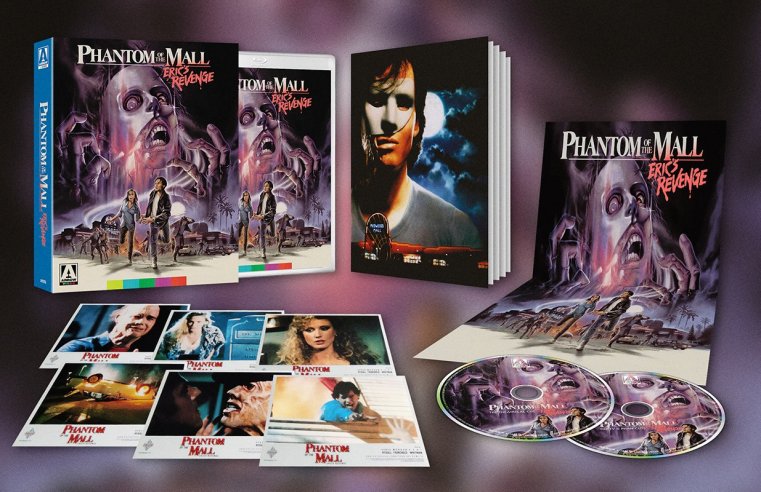